Home » Could Amazon be forced to pay its drivers £140m in compensation? 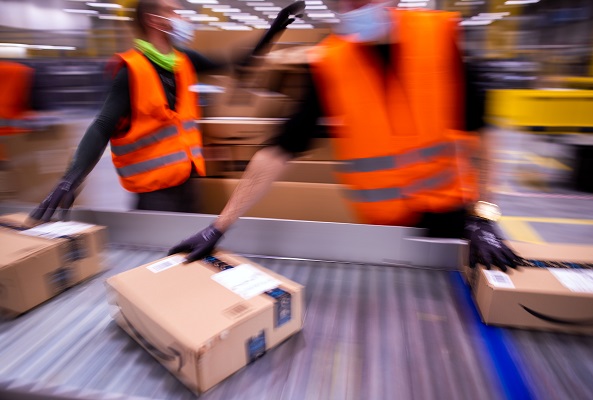 Could Amazon be forced to pay its drivers £140m in compensation?

Amazon could be forced to stump up £140m in compensation to thousands of drivers delivering its parcels, according to law firm Leigh Day.

Drivers who deliver for Amazon through its “delivery service partners” are classed as self-employed. This means hey are not entitled to employee rights such as holiday pay and the minimum wage, while they also do not have an employment contract.

Leigh Day, that is launching a group claim on drivers’ behalf, claims at least 3,000 drivers are affected, and could be entitled to an average of £10,500 in compensation for each year they have delivered for the online retail giant.

Kate Robinson, a solicitor in the employment team at the firm, said: “Amazon is short-changing drivers making deliveries on their behalf. This is disgraceful behaviour from a company that makes billions of pounds a year.

“Drivers delivering for Amazon have to work set shifts and book time off, yet Amazon claim they are self-employed.

“For drivers, earning at least national minimum wage, getting holiday pay and being under a proper employment contract could be life changing.”

Meanwhile Amazon said it was committed to ensuring drivers were fairly compensated.

“We’re hugely proud of the drivers who work with our partners across the country, getting our customers what they want, when they want, wherever they are,” it said.