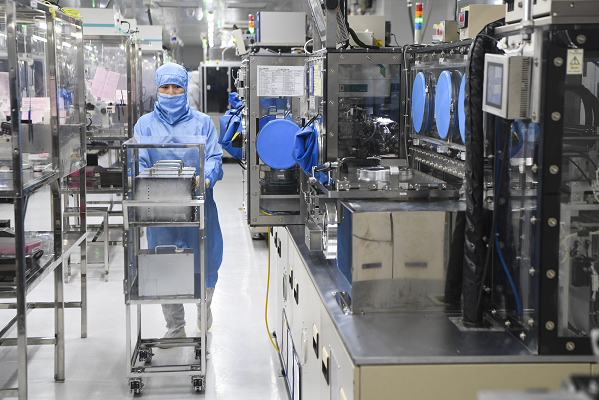 Hiring for the digital tech sector has surged past pre-pandemic levels with 132,000 tech vacancies recorded in one week in May, according to data compiled by job search engine Adzuna and Dealroom for the Government’s Digital Economy Council. Vacancies are now running at their highest level since 2016, having recovered sharply from a trough of 43,490 last June.

Since February 2021, there have been consistently over 100,000 tech job vacancies per week on Adzuna, demonstrating that the UK tech industry has emphatically recovered from the effects of the pandemic. The total weekly job vacancies for all sectors reached one million in May – the last time job hiring was at this level was in November 2019. Tech and IT-related job vacancies now make up 12% of all open UK job vacancies, boosted significantly by the demand for remote workers.

Businesses are expanding their IT and tech teams to meet the demand for tech products and services driven by the pandemic. Key areas of life such as retail and healthcare have become increasingly digitised. E-commerce spending is expected to account for more than 30% of total retail sales in the UK in 2021, up from 21.8% in 2019, and digital healthcare has accelerated with the use of the NHS app rising by 912% in the past year.

The growth in IT and digital job vacancies also reflects the continuing health of the UK tech sector. Between 2015 and 2020 years, UK tech companies have raised £48bn in venture capital funding. The UK has created 96 unicorn tech companies, including Wise, Starling Bank and Hopin, which are worth a collective £333bn. There are also 139 companies on the path to unicorn status (each worth at least $250m), accounting for a third of the next-generation of tech unicorns in Europe.

North West is catching up to the South East dominance

London and the South East have some of the strongest tech hiring figures in the UK with London boasting the highest number of IT vacancies – 43,529 in total. However, the sharp increase in the availability of remote working means that many roles based in the South East can effectively be carried out from anywhere in the UK.

Whilst the South East is still leading when it comes to tech jobs, regions such as the North West and West Midlands are also seeing steady expansion of their tech and IT sectors.

The North West has the third-highest number of IT job vacancies overall by region and Manchester has the highest number of IT vacancies outside of London (6,260). Now, 18.4% of all available jobs in the city are in tech. With success stories in the past year including The Hut Group’s IPO and data company Matillion reaching ‘futurecorn’ status after raising $100 million in funding in February, Manchester’s tech scene is only set to flourish.

Birmingham, in the West Midlands, has the third-highest number of IT vacancies (3,235), making up 15.5% of all open job roles in the city. Tech workers in the region can command higher salaries on average, with the average advertised IT salary at £47,664 compared to a regional average of £32,386.

The growth in remote work

Forced working from home during the pandemic is having a long-term impact on ways of working, reflected in a rise in remote job vacancies. There are nearly 100,000 remote vacancies on Adzuna and 30% of them are for IT jobs.

The figures have almost doubled since September 2020, when the number of general remote vacancies was 47,300. Now, almost one in four (22%) advertised IT vacancies are marked as remote.

The most in-demand tech roles for companies across the UK are software developers, web designers, and data analysts. In April 2021 alone, there were nearly 10,000 vacancies for software developers – 9,783 – compared to 5,630 at the same time last year. Currently, software developer roles make up 1.05% of all advertised UK jobs.

As companies scale up their investment in artificial intelligence, there has been an increase in AI-related job openings including for jobs such as AI engineers, AI programmers and AI data scientists. These AI roles have an average advertised salary of £58,946. To help foster the next generation of AI jobs, the UK government has launched several initiatives to support and progress AI skills and research. These include investment in AI Masters places, funding for AI-related grants and a National Retraining Scheme to help close the skills gap and ensure people have the knowledge to thrive in 21st Century jobs.

Digital secretary Oliver Dowden said: “These new figures show our booming tech sector is helping the UK build back better, bringing well-paid jobs and exciting opportunities to people up and down the country.

“We’re investing heavily in digital infrastructure and skills to help create a golden age for UK tech and help this vibrant industry soar to even further heights.”

Brent Hoberman, Executive Chairman of Founders Forum, Founders Factory & firstminute capital said: “It’s great to see the UK’s buoyant tech sector bouncing back as part of the post-Covid recovery. The focus now must shift to filling those tech job vacancies with diverse software developers and highly skilled tech talent from across the country. Longer term, we see partnerships like the 01Founders free coding school as a significant stepping stone to meet the rising demand for diverse talent across the country.”

Nicola Mendelsohn, VP for EMEA at Facebook, said: “The scale of hiring by UK tech companies underlines both its strength as a sector but also its status as a global leader alongside Silicon Valley and China. It’s certainly an exciting time to be a part of the industry, with companies across the UK from large organisations like Facebook down to growing start-ups investing in the staff that will help power the next generation of products and services.”

Andrew Hunter, co-founder at Adzuna, said: “UK hiring has strongly recovered, with advertised vacancies back to the levels we saw before the Covid-19 pandemic. The tech industry, in particular, is surging ahead, with over 100,000 tech vacancies available every week since February. Confidence is spreading out across the UK’s regions, with Manchester and Birmingham in particular reporting strong hiring.”

Yoram Wijngaarde, founder and CEO at Dealroom.co, said: “It’s never been clearer that Europe’s startups are a powerful driver of job growth in our economies. Startup hiring remained resilient, and even accelerated in many places, through the height of the pandemic. Now with record levels of funding being raised in the UK and the rest of Europe in 2021, scaling startups have received a big confidence boost to invest in talent.”

Liz Scott, Head of Entrepreneur Engagement, Tech Nation, said: “The UK tech industry wasn’t immune to the effects of 2020 yet it’s great to see how resilient the sector has been, raising record levels of funding and now reaching hiring levels that surpass early 2020 figures. With key roles such as software developers and AI data scientists in demand, we need to make sure that people across the country can access the training and development required to access these roles.”

We haven’t even begun to see 5G’s capabilities, says GlobalData

Cyberattacks on UK council remote workers increased by 213% during...