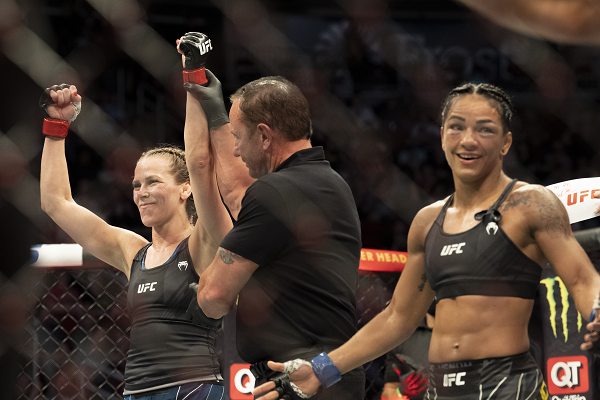 Starting in August, UFC FIGHT PASS will be distributed on new select Hisense TVs as well as on Toshiba Smart TVs manufactured by Hisense that utilize the VIDAA smart platform, a Linux-based open smart TV operating system that is present on products in more than 120 countries around the world.

UFC FIGHT PASS provides subscribers with access to live UFC events; live local mixed martial arts and combat sports from around the world; original series and historical programming; and the world’s largest fight library, featuring more than 20,000 bouts from dozens of combats sports organizations, as well as every fight in UFC history.

As an official marketing partner of UFC, Hisense branding will be featured in the world-famous Octagon® at select UFC events for the remainder of 2021.  In addition, Hisense will be the presenting partner of select UFC digital content distributed across UFC social media platforms in the United Kingdom, Ireland, Europe, and the Middle East.

“We are delighted to partner with Hisense and VIDAA to deliver the incredible combat sports content on UFC FIGHT PASS to more fans than ever before,” said Crowley Sullivan, Vice President and General Manager of UFC FIGHT PASS. “This collaboration is a win-win, as it will help us expand our global reach for FIGHT PASS, while exposing Hisense products to UFC’s fan base in key markets.”

“Partnering with UFC, the world leader in MMA, is a big step in bringing the best sports content to our VIDAA users. I believe that we can grow our businesses faster together, since VIDAA is present in almost every country in the world and UFC is becoming increasingly more popular outside the U.S. as well,” said Guy Edri, Executive Vice President for Business Development for VIDAA.

Mobile gaming in Asia is expected to reach...

Ophelos raises $2.3m to take on the antiquated...

Jobs platform Stride has been acquired by Liquid Friday, a provider of umbrella and contract support services. Liquid Friday will incorporate Stride’s proprietary end-to-end technology into a new …

With the roadmap out of lockdown now underway, many employees are set to return to the office either part-time or full-time. While this might be an exciting development …