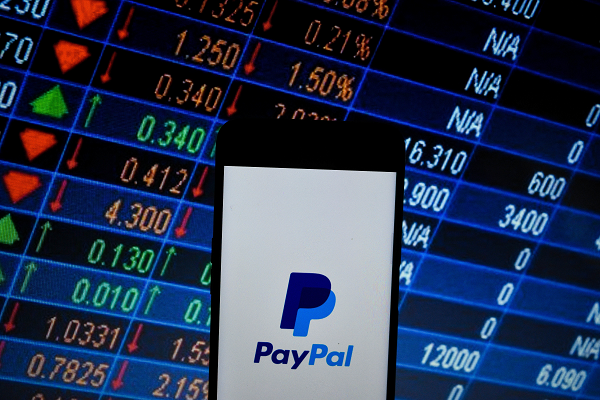 Hacked PayPal accounts have been increasing in value since the start of the pandemic. Interestingly, the same period has seen a considerable drop in the value of hacked credit cards.

According to the research data analyzed and published by Wette.de, the value of compromised PayPal accounts is about 9.2 cents per dollar in September 2021. A mere eight months prior, the average value stood at 3.13 cents for every dollar in the account. That equates to an increase of 293% over a span of just eight months.

Hacked PayPal accounts were worth an average of $196.50 across the multiple marketplaces that the analysis covered. These accounts held an average account balance of $2,133.61

Part of the reason for the increase in hacked PayPal account pricing is the prevalence of online payments amid the pandemic. But because PayPal account details are the most popular among payment processors, they are also relatively cheap.

According to Privacy Affairs, a hacked TransferGo account costs $510 on average in 2021. A Weststein card account is worth an average of $710. Verified Stripe accounts with payment gateways are the most expensive, at $1,000.

Variations in the value of payment processors depend on the insurance and cybersecurity capabilities of the firm in question.

Stolen US credit card details worth $171 in 2021, less than half of the global average

A cloned or physical card is also valuable, costing $171, which translates to 5.75 cents per dollar of the card’s credit limit. A higher credit limit meant a higher price for the card. On average, the cards examined had a credit limit of $2,980.

It is noteworthy that the average price per cloned card also varies based on brand. According to Comparitech, MasterCard was the most valuable of all cards assessed. At 6.47 cents per dollar, it was slightly ahead of Discover which costs 6.27 cents per dollar. Visa ranked third with 5.75 cents per dollar and American Express completed the top four at 5.13 cents per dollar.

Besides the brand, other factors affecting price include the expiration date and whether it is physical or digital

Another factor determining the value of credit card details is the country of origin. Credit card details stolen from the US are among the cheapest globally due to high supply. According to Privacy Affairs, their average price in 2021 is $17, less than half the global average of $35.

Israel-hacked card details are the costliest, worth an average of $65 while those from Spain and Japan cost $40 on average.

Even though credit card details and payment processing accounts are by no means the most valuable for cybercriminals, there are also several other high-ticket accounts and items on their watch list.

According to Privacy Affairs’ Dark Web Price Index, a reputable eBay account could cost up to $1,000. To achieve its full worth, it would however need to have at least 1,000 feedback entries.

Compromised crypto accounts are also highly valuable due to the skyrocketing value of digital assets. A verified LocalBitcoins account based in the USA is worth $350 while a verified Blockchain.com account could be worth up to $310.

Coinbase and Binance verified accounts are even costlier, at $610 and $410 respectively. The most expensive one this year is a Kraken verified account, which is worth $810 on average. Accounts on Crypto.com are the lowest-priced, worth $300.

For hacked social media accounts, the value has dropped considerably since 2020. Hacked Gmail accounts sell for about $80 on the dark web, $76 lower than last year. Facebook accounts go for $65, down from $75 and Instagram accounts have dropped from $55 to $45. A compromised Twitter account could cost $35, down from $49. The decline of prices is due to the recent increases in the supply of hacked account information.

Besides accounts, other high-value items for cybercriminals include fraudulent passports to Malta ($6,500), Poland or France ($4,000). Premium malware is also costly, at $5,000, while medium quality malware could cost around $1,000.

Rising cyberattacks in the workplace: Who should take responsibility?

Chip’s growth round opens to the public with £7m raised...

Amazon accused of rigging search results to promote its own brands

GoDaddy the company that empowers everyday entrepreneurs, today announced that customers can sell their …

Gloucester re-invents itself as tech hub with £107...