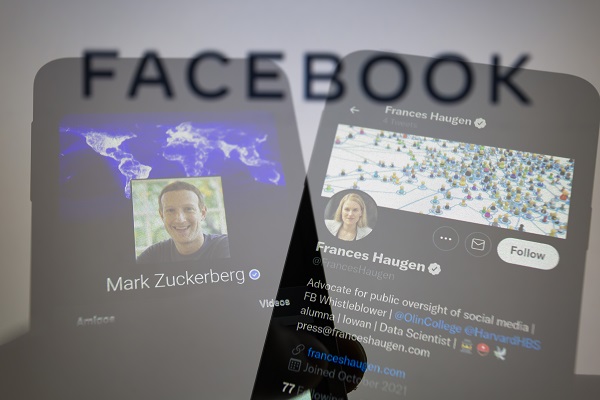 Former Facebook employee and current whistleblower Frances Haugen is set to give evidence to the UK Parliament later this month over accusations the social networking giant is prioritising profit over safety.

The Online Safety Bill committee is currently in discussions to impose a law that forces tech firms to safeguard users, especially children.

Haugen is set to appear in front of the committee on 25 October.

The Committee, who will report its findings to the Government before 10 December 2021, is asking the public for their views on whether the draft law will achieve its aim of making the UK ‘the safest place to be online.’

The Committee are specifically seeking views on how the Bill compares to online safety legislation in other countries, and whether it represents a threat to freedom of expression.

Damian Collins MP, Chair of the Committee, said: “Frances Haugen’s evidence has so far strengthened the case for an independent regulator with the power to audit and inspect the big tech companies.

“Mark Zuckerberg and Nick Clegg have complained that she has only presented a partial view of the company, whereas they want to stop any insights into how the company manages harmful content to get into the public domain, unless they have personally approved them.

“There needs to be greater transparency on the decisions companies like Facebook take when they trade off user safety for user engagement. We look forward to discussing these issues with Frances Haugen.”

Despite outages and whistleblowing, popularity in Facebook apps remains high...

Amazon accused of rigging search results to promote its own...

Revealed: The biggest tech investment of the future