Home » Nintendo Switch sales jumped by 50% in a year 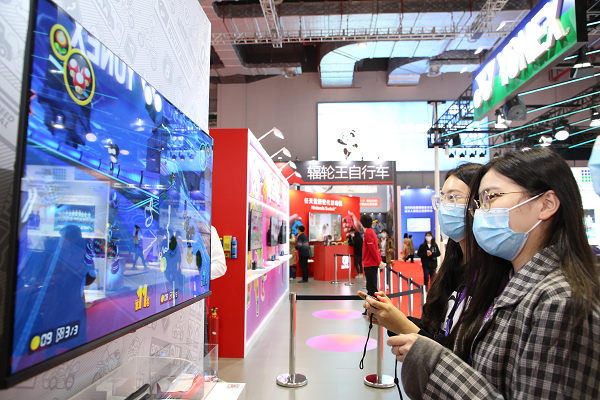 Nintendo Switch sales jumped by 50% in a year

As one of the most popular consoles globally, Nintendo Switch witnessed an influx of new players and fans since its release back in 2017.

According to data presented by Safe Betting Sites, Nintendo Switch sales jumped by 50% in a year, with its lifetime unit sales reaching 85.7 million as of May.

More than 26m Nintendo Switch consoles sold in a year

Following the disappointing sales of its predecessor, the Wii U, the Switch was seen as the new hope for Nintendo in the ongoing battle with other console giants, PlayStation and Xbox. Acting as both portable and home console system and offering a seamless and unified experience switching between them, the console soon started to grow popularity in the gaming community.

A year after its launch in March 2017, the Nintendo Switch hit 15.5 million sold units worldwide, revealed Statista and VGChartz data. The next two years witnessed an influx of new fans, with its lifetime sales reaching 49.8 million units in December 2019.

However, as the entire gaming industry exploded amid the lockdowns, Nintendo sold almost 10 million Switch units in the first half of 2020 only. The surge in demand continued since then, with more than 26 million Nintendo Switch consoles sold in the last year.

Analyzed by geography, North America represents the leading Nintendo Switch region, with 32.1 million units sold as of May. Europe and Japan followed with 22.2 million and 19.9 million, respectively.

One of the key reasons for the Switch’s success is the popularity of Nintendo’s first-party titles. Blockbuster series like Mario, The Legend of Zelda, and Pokémon are exclusive to Nintendo, meaning that fans can only play them on Nintendo consoles.

Mobile games in UK to generate $5bn in revenue by...

Zoom’s multi-billion-dollar acquisition of Five9, the video platform vendor’s first major acquisition, is significant and likely to be one of the biggest examples of telecoms convergence in 2021, …