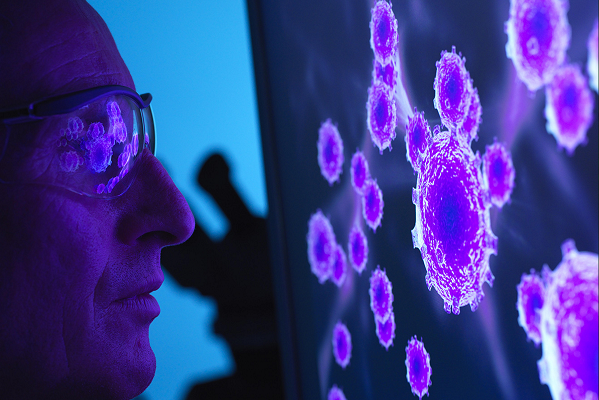 Excivion Ltd who are a biotechnology company developing novel vaccines based on its proprietary glycan-cloaking molecular design and adjuvant platforms, today announces the publication of a peer-reviewed article in Frontiers in Immunology (Echegaray et al. July 23, 2021, doi: 10.3389/fimmu.2021.703887) which demonstrates the unique performance advantages and versatility of its novel antigen and device design innovations embodied in the form of lateral flow antibody tests for dengue and Zika.

Dengue is a pandemic disease affecting at least 120 tropical countries and, increasingly, subtropical countries – a trend that is likely to increase with global warming. Dengue is responsible for fever and haemorrhagic disease. An estimated 105 million dengue infections occur each year, resulting in 500,000 hospitalisations and 44,000 deaths. There is no specific treatment for severe dengue, only supportive care such as IV fluids or blood transfusion. Although vaccines have been developed against dengue, the first of these (DengvaxiaÒ) is recommended only for people who have previously been infected with dengue, or in highly endemic territories where prior infection may be assumed.

“This is because the vaccine can prime for severe dengue in dengue-naïve subjects, which is highly undesirable. Recently it was also demonstrated (Katzelnick et al PMID 32855339) that Zika infection (like dengue infection) can prime for severe dengue and, so far, the priming effect of prior Zika vaccination on the risks of dengue vaccination (helpful or otherwise) is not known. These are compelling reasons for the development of improved point-of-care antibody tests (as advocated by WHO) that may inform vaccination practice with dengue (and Zika) vaccines. Currently there is no licensed Zika vaccine.

“We set out to develop novel antibody diagnostic tests for prior dengue and Zika based on our proprietary glycan-cloaked envelope proteins from dengue and Zika, which deliver improved specificity by concealing the highly cross-reactive fusion loop. The concept borrows from the immune stealth aspect of HIV’s ‘spike’ protein gp120, where its abundant glycans form a molecular capsule that thwarts antibody recognition. The same stealth principle is exploited by COVID. Here we applied this concept in a localised way to the fusion loop of the envelope proteins, ‘borrowing a leaf’ from HIV, one might say by planting the fusion loop with glycans.

“However, we were disappointed with the sensitivity of existing test architectures and, felt compelled to invent a more sensitive test architecture befitting the sensitivity needs of detection of historic dengue. These twin innovations, that is the glycan cloaking and the test architecture, were key to the successful development of the superior test. Previously, lateral flow antibody tests had been designed to diagnose ongoing dengue and Zika infections, at which time antibody levels are high. The new tests allow the detection of legacy concentrations of antibodies indicative of prior infection, which are a lot lower. This is important for the use of vaccines, by identifying subjects who are safely eligible to receive them.” Said Peter Laing CEO of Excivion and inventor of the patents.

Excivion’s granted patents in Europe and the USA (Granted European Patent No. EP3458471B1, Granted US Patent No. 11,028,133 B2) provide composition of matter coverage for glycan-cloaked flavivirus antigens covering all positions in the fusion loop which is 100% conserved across all major human flavivirus pathogens (Zika, dengue 1-4, Japanese encephalitis virus and yellow fever virus). These patents cover the diagnostic as well as the vaccine utility of the antigens. In addition, Excivion has a pending patent (in the US and elsewhere) on the novel lateral-flow test architecture for flaviviruses generally, which features a number of innovations over and above the use of hyperglycosylated antigens.

These include: the arrest of antigen in the test via an appended tag via an immobilised anti-tag antibody (avoiding competition with antibodies against flaviviruses present in the sample that would otherwise attenuate signal); also the disposition of antigens in the fluid phase of the running test which optimises the conditions for antigen interaction with antibodies of the sample; and the inclusion of off-target antigens lacking a suitable tag, in order to eliminate false positives due to cross-reactivity at sites outside the fusion loop. The knowhow of the novel test architecture has been licensed to Coronex Ltd for COVID lateral-flow tests where it confers the same advantages as for dengue and Zika serology.

“The evaluation of the tests was conducted in collaboration with the groups of Dr. Leah Katzelnick of the National Institute of Allergy and Infectious Diseases (NIAID), part of the National Institutes of Health, Dr. Eva Harris and Dr. Josefina Coloma of Berkeley School of Public Health, Dr. Shuenn-Jue Wu of the Naval Medical Research Center in Maryland, and Dr. Phil Cooper of St George’s in the UK. While their involvement does not imply any endorsement of the tests, their formidable expertise was key to conducting an effective evaluation, and working out how best to use the tests. The evaluation involved the use of well-characterised panels of PCR-proven cases of dengue and Zika, including studies of endemic populations of Nicaragua and Ecuador.

“The Excivion dengue lateral flow tests allow an unprecedented degree of sensitivity and specificity. The dengue lateral flow test was as sensitive as five commercial dengue antibody ELISAs, some of which make no distinction between Zika and dengue, but moreover was highly specific for dengue, versus its closest relative, Zika. The Zika lateral-flow test was likewise highly specific and sensitive (>98% and >93% respectively) for Zika antibodies, allowing reliable identification of prior Zika. At Excivion we believe that the novel antigens and test architecture are a game changer, particularly because the antigens can also be used in laboratory tests as well as point-of-care tests for detection of ongoing or historic dengue and Zika, and we are now seeking manufacturing collaborators and licensing partners for our patents world-wide.”