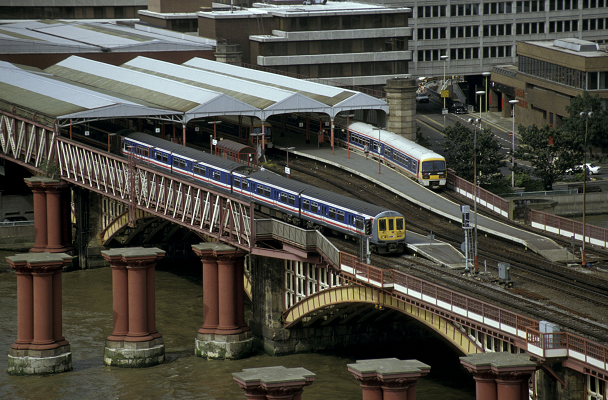 The UK government is pushing forward with efforts to create a more unified rail system from 2023 onwards. GTR, a staple of the British railway industry, has taken the initiative by turning to the leaders in CDI technology to tackle its multi-faceted fraud problem.

Quantexa’s data and analytics software has enabled GTR, which is responsible for the Thameslink, Great Northern, Southern and Gatwick Express airport services, to claim back revenues historically lost to two key fraud types:

Innovation in Procurement to Manage Risk

Quantexa’s technology has also enhanced GTR’s procurement process, allowing GTR to analyse the supply chain to identify new or hidden risks. By consolidating reams of data about vendors that was previously spread disparately across internal systems, it can now use this data in a single contextual view to inform vendor management decisions, ensuring maximum ROI across the supply chain. This not only offers significant time savings for onboarding and managing vendors, but helps the company continuously monitor for risks as they arise.

Ian McLaren, Chief Financial Officer, Govia Thameslink Railway, said: “Our partnership with Quantexa is breaking new ground for the industry, allowing us to make practical use of cutting-edge AI. Quantexa’s CDI platform has fundamentally changed the way we identify and stop fraud, allowing us to leverage previously hidden intelligence and insights.

“However, Quantexa’s technology has not only helped us turn the tables in the fightback against fraudsters – it has also offered us a far richer picture of risk across our vendor supply chain, supporting better operational decision making across the business. This is exactly the type of analytics technology which will help us build back better following the impact of Covid-19.”

Ivan Heard, Head of Fraud Solutions at Quantexa said: “We’re delighted to be partnering with GTR, one of the largest and most prestigious railway firms in the country. As the government looks to initiate a shake-up of the railway industry, the learnings from this initiative offer transformational opportunities to create a material impact on the future of fraud detection and prevention.”

Commenting on the announcement, Vishal Marria, CEO of Quantexa, said: “We are proud to help the railway industry and millions of passengers that use GTR’s services everyday by stemming the tide of fraud, and optimising its procurement process. Quantexa has been expanding outside of the financial services sector into sectors that can benefit from a contextual view of data and better, trusted operational decision making and this is further proof of the massive potential that CDI has to make an impact across many industries.”

We haven’t even begun to see 5G’s capabilities, says GlobalData

48% of people think social media presence could be better